Welcome to episode 28 of Holly Jolly X’masu! In this episode, I talk about Criola’s spectacular 1992 album, “Criola Winter Songbook.”

I heard this online a few years ago and fell in love with it the first time I played it. When I found they had another Christmas song on their third album, I knew I had to track it down as well.

I love Criola’s sound. Pianica Maeda seems to bring a similar feel to everything he’s involved with. When I got “Winter Songbook,” the album “Cactus Man” by his band Piranians was included. If you enjoyed these last two episodes, it’s worth seeking out as well.

As I mentioned in the episode, my favorite discovery while researching this album was the history behind the song “Tannenbaum.” It comes from John Simon’s 1971 album, “John Simon’s Album.” I might have to pick up a copy at some point. Here’s the video for his version of the song:

Thanks for listening, and I hope you enjoyed Criola as much as I do. Join me here next month as I cover a pair of more recent albums. “Happy Christmas from Shimokita” is a wonderful compilation produced and released during the pandemic, while Ohashi Trio’s “Magic” from 2015 is one of the best Christmas albums I’ve heard in recent years. I’ll also be doing a special patron-sponsored episode thanks to some recent Ko-fi donations.

0 278
The Dangers of Regifting: The Canned Plum Pudding by Ellis Parker Butler 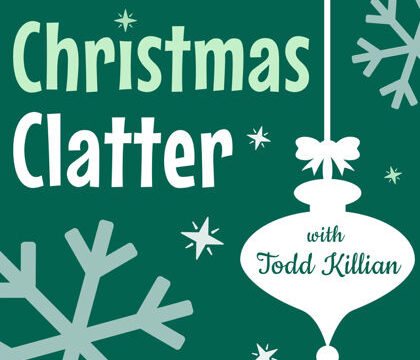