Welcome to episode 55 of Holly Jolly X’masu! In this episode, I’ll be Yumi Matsutoya’s Christmas songs.

When it comes to Japanese Christmas music, there are a handful of really key artists. Over the past forty years, one of the most influential is Yumi Matsutoya. She’s certainly not the most prolific when it comes to Christmas music, but she helped to revive public interest, and she furthered the success of Japanese Christmas pop songs. While original Christmas pop songs were being written in Japan as early as the 1950s, until the late 1970s they were more the exception than the rule. From 1978 to 1983, a string of Christmas hits written by young Japanese pop and rock artists helped convince the public and the music industry that there was more to Christmas than “Jingle Bells,” “Rudolph,” and Bing Crosby. Yuming was one of the most successful of the bunch.

From 1974 to 2002, Yuming regularly produced Christmas, or Christmassy songs. “MISSLIM,” “Streamline ‘80” and “Surf and Snow” were albums I bought or knew about early on. I found out about the others as I researched her more. I’ve bought copies of most of the albums featuring her Christmas songs, but the rest came from her “Seasons Colours Song Collection” 4-CD set.

I was eager to talk about her music and the impact it has had. One of the things I enjoyed most about researching her was finding videos of some of her old performances. She’s always had a great stage presence, but it’s the older videos, particularly from the 70s and 80s, that I enjoy the most. One I regret not being able to find was a video of her performing “Christmas Waiting At The Lodge” while riding a ski lift. It’s from a late-70s or early-80s television special, and it reminded me of one of John Denver’s specials from the same period.

Christmas Waiting At The Lodge

Let’s Move In Together

Before The Diamond Dust Fades

I hope you’ve enjoyed Yumi Matsutoya’s music. If you’d like to hear more from her, there’s plenty to be found online. A lot of unauthorized videos have been taken down lately, but she has her own YouTube channel and more music is being added there regularly. Her Christmas music is just the tip of the iceberg.

Join me back here on the 25th for my third Christmas In July episode. I don’t expect it to be late, but I’ve run into a lot of snags, including delays to my latest order of records, so there’s a chance it won’t hit until the 26th. I have a great selection of summery Christmas songs lined up and you’re sure to enjoy them.

0 980
Christmas Inheritance – A Rich Lady Gets Into a Situation 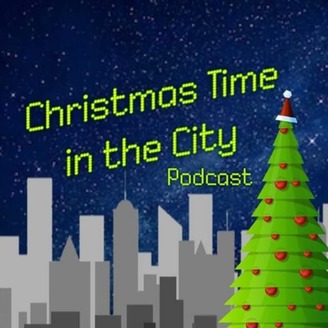