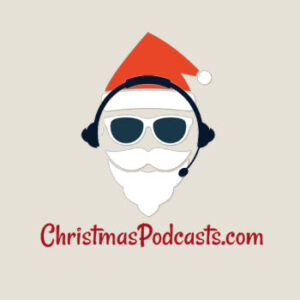 Christmas podcasting was born of efforts made in Christmas radio, years ago — at least for us at MyMerryChristmas.com.

We first launched Merry Christmas Radio in 2005, which morphed into Kringle Radio a few years later. (MCR has now returned this year with a Christmas classics/oldies format).

Those early years in Christmas audio were so much fun.

With friends from the Merry Forums we built playlists together. As time allowed we had volunteer DJs who would bring their own flavor of Christmas through hosted shows of their own. Even today we have volunteers of who lend their voices and other talents to the 50-hour Tracking Santa Show heard round the world every Christmas.

Christmas radio, at the end of the day, is an unacknowledged bit of Christmas community magic.

Our radio results were much like what you see here on ChristmasPodcasts.com: a diverse offering of Christmas from all over that is joyous, festive and fun – and uniting.

It was our Christmas radio efforts that gave me the gall to try podcasting in 2010, ten years ago come October.

I did my own radio shows but they were only playlists. There was no “me” in any of it because, well, I’m shy, timid and scared in front of a microphone.

The Merry Podcast was born out of a request from a few loyal users of our website. It was done in the name of exercise, they told me.

They wanted something Christmas that was portable. The Internet and her radio streams did not exactly “broadcast” in those days, but audio files could be played on iPods and Mp3 players.
I was encouraged to give it a shot and was told, hey, just make them radio shows for Kringle Radio.

And that’s how the Merry Podcast got its start – by combining Christmas music, history and storytelling that was, above all, intended for radio and for a few who wanted portable Christmas audio.

We went merrily on our way for several years, not worried about getting ourselves “out there” on iTunes or via social media.

Then came the ugly legal wrangling of radio online. Within a short time the licensing and operational costs of Internet radio became too prohibitive for most folks to afford, especially non-commercial operations such as ours.

Out of necessity we closed down Merry Christmas Radio and took Kringle Radio, and the Merry Podcast with it, behind a pay wall.

To try to keep something of a public audio offering we developed the Merry Little Podcast, what was then a stripped down and shorter version of what we once offered.

That’s been a few years now.

We have since lawyered up. We learned the new rules. We survived.

And now we’re thinking of going back…back to the future!…by combining again Christmas podcasts with Christmas radio once again.

But, with the explosion in Christmas podcasting online, conditions have changed. The opportunity is so much greater now than it was before — thanks to you, our fellow podcasters of Christmas.

Our podcasts and our radio streams originate from our own dedicated server. Licensing is still a thing but we’re still broadcasting commercial-free. And we want to keep it that way.

How is that possible?

Well, the answer is love – in the form of donations from users who generously keep us afloat.

I would tell you that radio and podcasts ARE the most expensive part of our operations.

I don’t regret paying those royalties, by the way.

It’s just costly and hard to do when your goal isn’t to commercialize Christmas.

But we’re doing it. And I think we are helping to bring a better Christmas online because of it.

So now that ChristmasPodcasts.com is up and running – and getting some love – I have the thought of taking it to the next level by introducing a Christmas radio stream featuring Christmas Podcasts and, more importantly, Christmas podcasters.

Christmas Podcasts Radio would offer commercial-free Christmas radio featuring podcasters – natural DJs, if you ask me – presenting their own radio shows that would feature their podcasts, their music and their expanded take on Christmas in, say, 1-hour shows scheduled at certain times.

Mash up several podcasters participating coupled with other strategically positioned bits of Christmas audio content, broadcast here and on the websites of podcasters, and radio collectives everywhere, and what have you got?

Well, in my view, another new level in Christmas online. It would be entirely unique. Fun! Festive! All Christmas offered like nowhere else!

If we get the response we hope for, we’d like to launch this before Thanksgiving 2020. Yes, just weeks away.

What would be required?

1. A name and a time for your show
2. A commitment for show frequency
3. Several shows ready in advance
4. A 1-year commitment to the project
5. Personalization of your podcast directory page here at ChristmasPodcasts as a radio partner
6. Willingness to add your voice to promos, radio drops, idents, etc.
7. Your ideas, your suggestions, and your passion for Christmas, podcasting and radio

1. All expenses paid for licensing and royalties (crowdfunded, of course)
2. Hosting of the radio stream
3. Embed code to put the stream on websites
4. Promotion of your radio show on our sites, forums, social media and other radio streams

What could this do for you and your podcast? Well, we will leave that up to your imagination.

If you’re interested in being a part of this project, please input your information below.

To pull this off, we’re going to need at least 10 committed podcasters/radio show hosts.

If we can’t get that, we’ll either pull back from the effort or at best delay it until we can staff this.

I believe this could be very popular and well accepted. But like most things Christmas online, I think it will take the collective to pull it off.

Who is with us?

0 90
What Makes a Good Christmas Podcast

0 214
The Power of Music and Podcasts