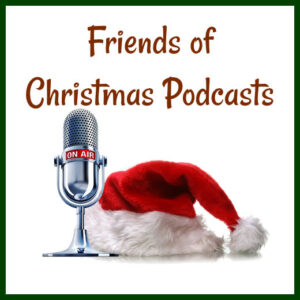 Christmas Podcast Podcast
It's A Festivus For The Rest Of Us! (Seinfeld)

It’s the Day Before the Night Before Christmas! Christmas Eve, Eve! Also known as Christmas Adam to some, and Tibb’s Eve to our Newfoundland, Canadian friends and family! Thanks to Jerry Seinfeld, Larry David, and Daniel O’Keefe, however, today is most known by the masses as a Festivus for the Rest of Us! To celebrate the occasion, and help Julia, Thom, and Anthony celebrate their grievances, frequent guest host and friend of the pod, Gerry Davila of Totally Rad Christmas joins the show today to talk the Christmas episodes of the iconic and famous show about nothing, Seinfeld! For those who want to follow along at home, that includes:

While Julia and Thom have been open on the show in the past about not being the biggest fans of Seinfeld, Anthony and Gerry are. Is their enthusiasm, mingled with Frank Costanza’s disdain for the commercialism of the holidays, enough to change their minds? And does the show that had the infamous motto behind-the-scenes of “no hugging, no learning” manage to have any Linus moments in these four episodes? Find out the answers to all of these questions, and much much more, in this hysterical, quote-filled episode in which Anthony, the resident New Yorker, also explains why – while he loves both Seinfeld and Friends – he believes Seinfeld is the quintessential New York set show for actual residents of New York, while Friends is more popular with out-of-towners. Also featured in this episode – the annual Airing of Grievances and a competition, run by Gerry, to determine who is the 2020 Feats of Strength Champion!

So get your aluminum pole up, have your grievances at the ready, and enjoy this hilarious, extremely fun episode while having a very Happy Festivus! And keep your eyes on your podcast feed over the next few days for special Christmas Eve and Christmas Day episode drops!

It’s A Festivus For The Rest Of Us! (Seinfeld)

0 66
The Princess Switch – Parent Trap but with a Prince